Over 500 people jammed into the Palomino Room at Stampede Park on May the 4th to raise a glass and hand to support upland habitat in southern Alberta. It was pretty clear that people were ready to party face to face – it was almost as nothing had happened and no one forgot how to bid either.

The auction started with the Lucky 13 and the selling of the Yeti Coolers, one of which had a winning ticket in it for a Rizinni 20 gauge donated by The Calgary Shooting Centre.

Over $40,000 was generated in the raffle and the auction and silent auction generated over $200,000.  It was one of the top 3 dinners from a revenue generation perspective in the chapters’ history and is the largest conservation banquet of its kind in Canada.

A big hats off to the sponsors and donors and all of the great volunteers that did an excellent job in running the dinner.

Lastly, thanks to Tim Pickering for chairing a post pandemic dinner for the record books. We were not certain what to expect back in January, but all aspects of the dinner exceeded expectation – hard to beat that. 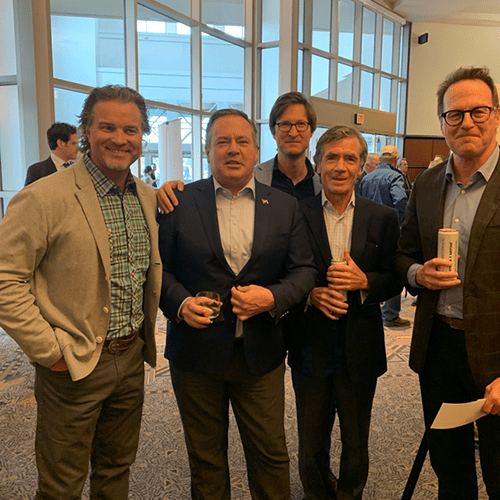 (l to r): Travis Peckham and Paul Saks, both Call of the Uplands Patrons. 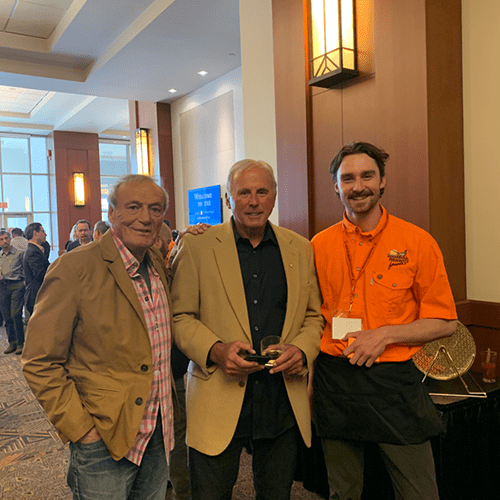 Save the Edges
Scroll to top